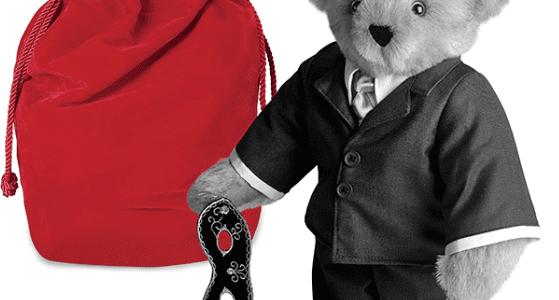 8 Health Warnings About the Movie

Everyone knows Hollywood movies are for entertainment and fun.

The problem with Fifty Shades of Grey is the fun is at the expense of a dangerous relationship full of unhealthy love, intimacy and sex.The concern I have as a Health Educator and sexual wellness expert is the way Anastasia Steele and Christian’s

Let me explain.As a post Twilight phenomena, the Fifty Shades movie trailer leads underage girls to believe this is a romance full of airplanes, fancy cars and being kissed in elevators. It looks like Cinderella with a college degree and a handsome billionaire prince. Moms have to explain it’s not a teen Twilight romance – it’s actually, well what is it exactly? They aren’t sure what to say. A fantasy? A sick, twisted relationship? Or hot, cheap sex rooted in manipulation and money?

1. This is not a movie for adolescent teens.

According to the Centers for Disease Control and Prevention (CDC), 25% of adolescents say that they experience “verbal, physical, emotional, or sexual abuse from a dating partner each year.” Mass media and Hollywood entertainment should not fuel this health issue. Nor is it wise to introduce BDSM to young people who are still emotionally developing. It is my hope the movie rating and parent’s good sense will protect these adolescents.It’s the young women 18 through late 20’s we should be concerned about. The movie is leading these impressionable women to think it’s glamorous, romantic and fun to fall in love with a dark, broken 27-year old billionaire. It’s anything but fun, it’s actually a very unhealthy relationship.

This includes Christian’s abusive upbringing before age 4, his scars intact and alive. Even the adoption into a wealthy family didn’t save him from the sexual seduction of his mother’s best friend at age 15. A fact overlooked because the rules of society are different when it comes to sex with older woman and younger men. The issue here is a 15 year-old is not a man, or of age. Christian was an adolescent boy who was sexually violated. Another “minor” detail overlooked in this fairytale.There is very little talk about men and the movie Fifty Shades of Grey and there isn’t any published research to date. Research is emerging however, on young girls. A recent Michigan State University study evidenced young women 18-24 who read Fifty Shades of Grey demonstrated increased health risks. Researchers found 25% were more likely to have a partner that yelled or swore at them, 34% had a partner with stalking tendencies; and 75% used diet pills or had fasted for more than 24 hours. Readers of the trilogy were 65% more likely than non-readers to binge drink and 63% had five or more intercourse partners in their lifetime.Anastasia and Christian’s characters indicate to young people that sexual seduction by older women, or men, intimidating threats, punishment, controlled eating behaviors, angry sexual encounters or “Prince Charming” stalking tendencies are acceptable. They are not.

2. Talk to young adults about the realities of this movie and what is healthy.

It is likely older, wiser, emotionally mature adults can differentiate the entertainment and non-reality of this story and take it at face value. It’s an unrealistic modern fairytale with steamy sex that serves as the Calgon of our generation. It’s a danger zone for young girls.The relationship is portrayed as Disney “romantic” in how Christian constantly saves Ana from the moment she tripped into his office as an insecure, dreamy, 21 year-old virgin. He offers her internships, answers all the questions she didn’t ask via email by snatching the interview sheet unknowingly out of her hand. Then he shows up at her work unexpectedly and offers a photo shoot to appease her roommate and finally coerces her into coffee. Their coffee “date” lasts 10 minutes before he is faced with being intimate and instantly ends the date. Ana rushes after him confused and is almost hit on the street when he saves her again. This dynamic occurs throughout the entire trilogy.

3. Rescuing and being saved is not a healthy dynamic in relationships.

Emotionally healthy adults support, encourage and give space for the other individual to heal and self-actualize their potential. They are not the savior or damsel in distress. If this exists in relationship I recommend individuals resolve what is at the psychological root of the dynamic for the healthiest relationship possible.After Christian saves Ana at the coffee shop, they end up in a close embrace. His heart is closed, broken and he clearly warned her to stay away. From his point of view, he did due diligence. From her point of view, she had finally given in against her instinct to meet him, opened her heart and he ran away, only to save and protect her. So there she is, 21 year-old virgin, valiantly protected in the arms of a handsome, broken billionaire against all instinct.

4. Listen to your gut and follow your first instincts.

In real life this would be a defining moment for a young girl to listen to her gut and follow her instinct. The gift of instinct is powerful and it’s something we do not harness, nurture or listen to the way it’s designed to help us. Anastasia Steele does not listen to hers and Christian Grey makes it easy to ignore instinct. If it wasn’t the expensive gift of first edition books, it was his over the top effort to save her when she drank too much at the bar. A hotel room, new clothes and “gentlemen” manners by not having sex with her while passed out. What is easily missed is that is the first thing she assumes, because that is real life. What also gets overlooked is her friend Jose who knows she is drunk and tries to kiss her even when she says no. All of which are risky realities for young girls today.

According to the CDC, in the U.S. sexual victimization often occurs before age 25, with 42% of female victims reporting being raped before age 18 and 37% report being raped between 18-24. Statistics also show that over 25% of rapes involve drugs or substances, and it’s likely a lot higher because 68% of rapes are not reported. That data also shows that 38% of rapists are friends or acquaintances.The bottom line here is simple; do not use any type of substance or drugs in situations that could put you at risk for unwanted sexual experiences. Friends should watch out for friends and men should avoid sexual activity with a woman under the influence.

Intimate partner violence, sexual violence, and stalking are widespread public health problems in the United States. According to the CDC Centers for Disease Control, on average, 20 people per minute are victims of physical violence by an intimate partner in the United States. Over the course of a year, that equals more than 10 million women and men. Those numbers only tell part of the story—nearly 2 million women are raped in a year and over 7 million women and men are victims of stalking in a year.In a study “‘Double Crap!’ Abuse and Harmed Identity in Fifty Shades of Grey,” researchers found patterns in the Fifty Shades of Grey that evidenced emotional and sexual violence are pervasive in the relationship. Based on CDC definitions of interpersonal violence this included:• Intimidating verbal and nonverbal behaviors, such as routinely commanding Anastasia to eat and threatening to punish her
• Isolating and limiting her social contacts
• Initiating sexual encounters when he’s genuinely angry, dismissing her requests for boundaries, and threatening her
• Stalking, appearing unexpectedly and tracking her whereabouts
• Delivering expensive gifts she says she does not wantWhy aren’t we talking about this is the side of Fifty Shades and how to prevent it? Or how the same things happen to men it’s just never talked about. Or the fact a young girl is being introduced to BDSM as a virgin?

There is a place for BDSM in healthy ADULT sexual play, but the introduction of this inside a relationship laden with intimate partner violence is dangerous. This type of play can be found in healthy relationships of love and intimacy, something Christian and Ana do not have.They share very little communication beyond “Later’s Baby”, nor do they build a friendship. This relationship is a power exchange, even though it appears she has free will. She does but she doesn’t because he ensures she will not speak to others. The contract looms over her, signed or unsigned and whether its signed or not, its clear she would lose him if she talked. That is the lure and seduction of abusive relationships, most women don’t get the luxury of new cars and airplane rides between beatings. That is the grooming that takes place and happens so subtly that many women don’t even realize they are in an abusive situation.

8. Never settle for anything less than healthy love, intimacy and sex!

Where the opportunity lies in this movie is addressing the myriad of health problems it exposes when it comes to love, intimacy and sex. This article only highlights the aspect of intimate partner violence, there is much more to say! And having relationships full of healthy love, intimacy and sex is worth saying it.If you feel like you’re in an unhealthy relationship seek the help of a professional. Or learn more about the Sextacular® education and coaching programs which helps couples build healthy relationships and explore sexuality in a playful, safe way.Discover more at www.sextacularyou.com. Lori C. Ebert, PhD is a published author, speaker and Health Educator specializing in Sexual Wellness. She founded and created a unique approach to sexual wellness with her Sextacular® education programs and coaching. The Sextacular® approach empower people to have healthy sexy, ecstasy by learning how to “Make Love to Life!” 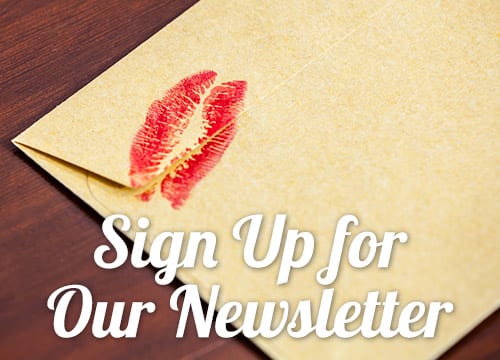 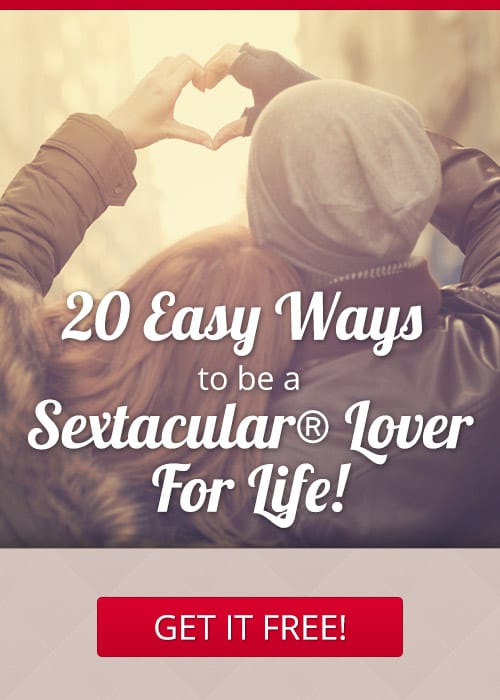 Don't waste any more of your precious time, contact me today!

20 Easy Ways to be a Sextacular Lover